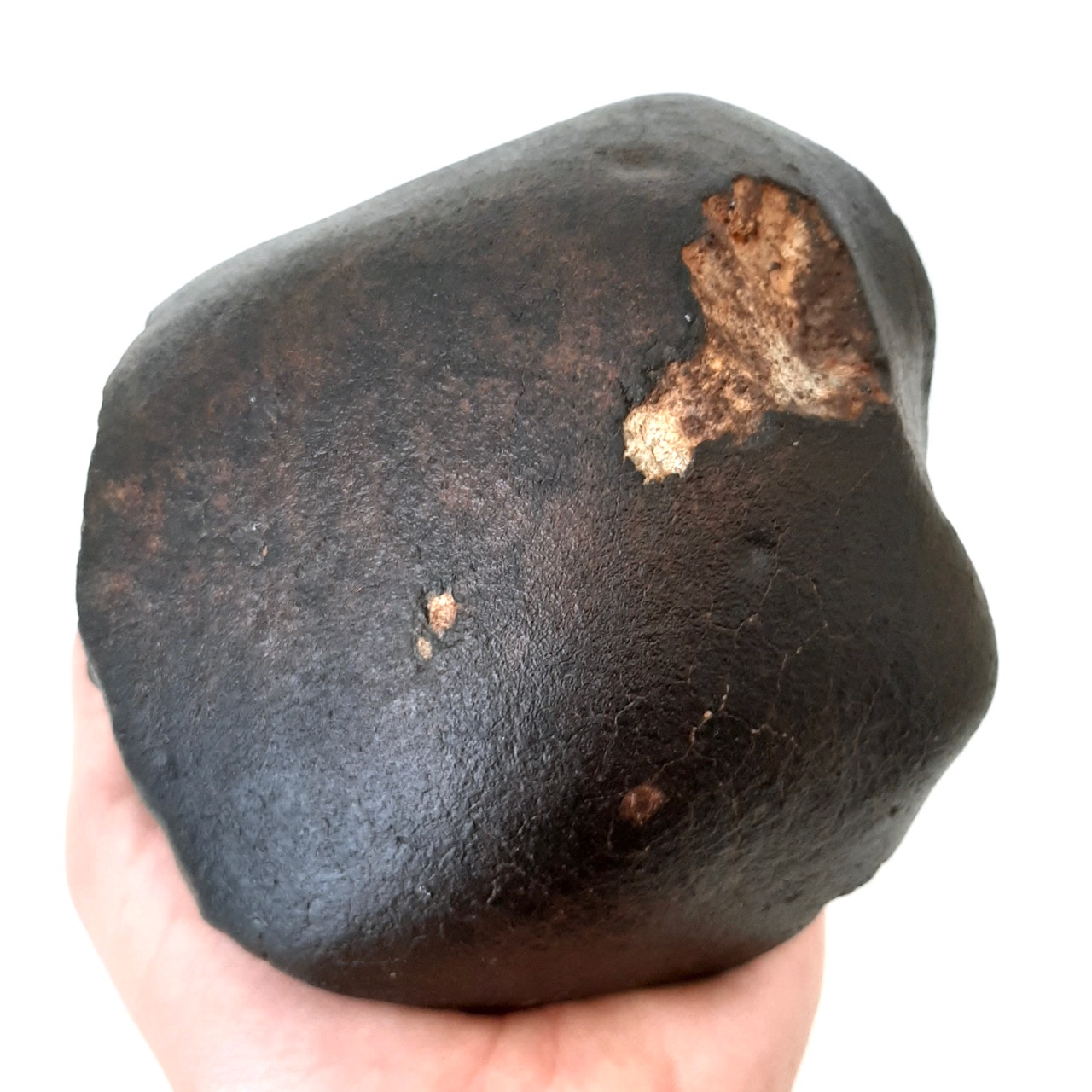 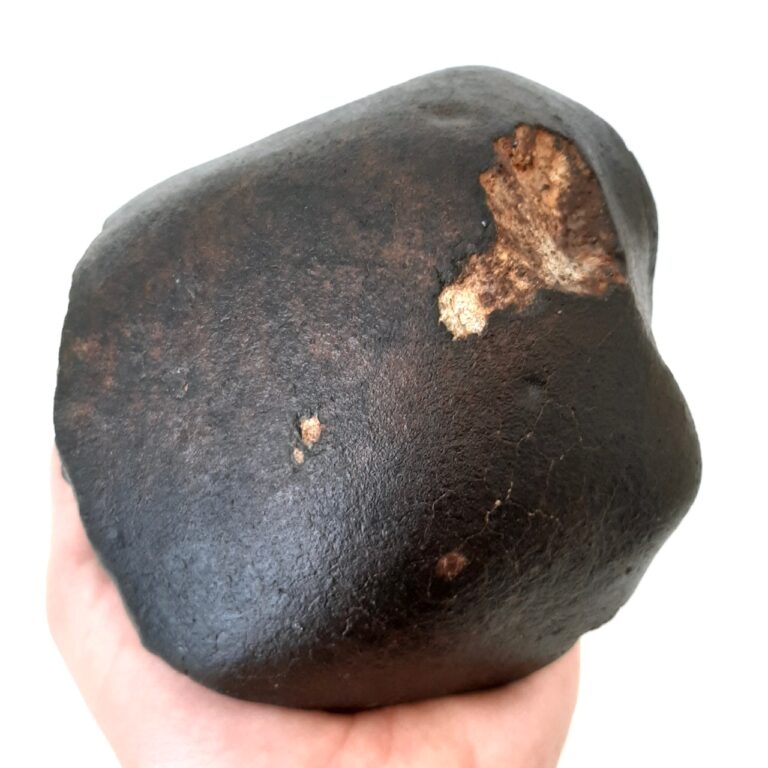 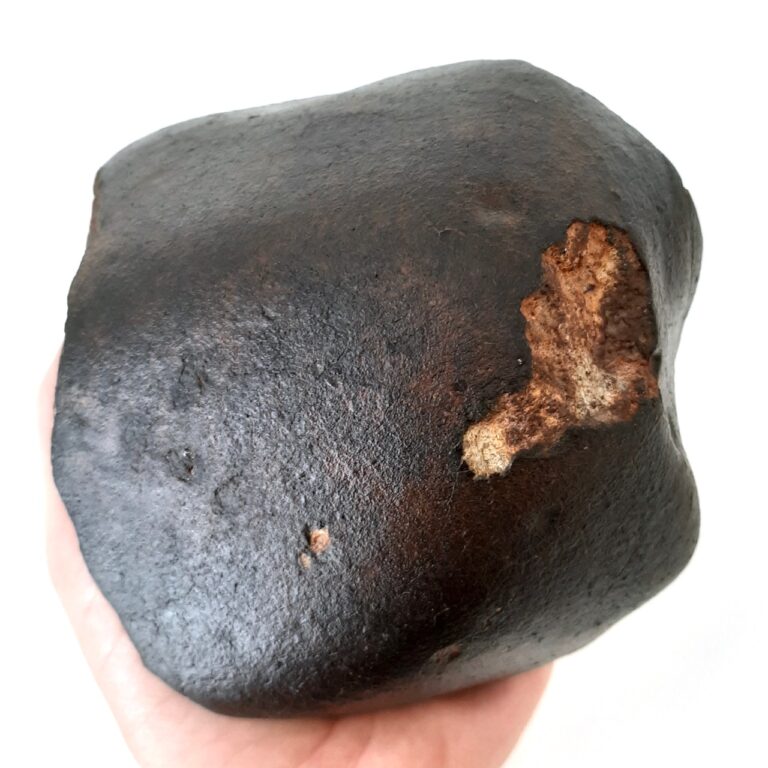 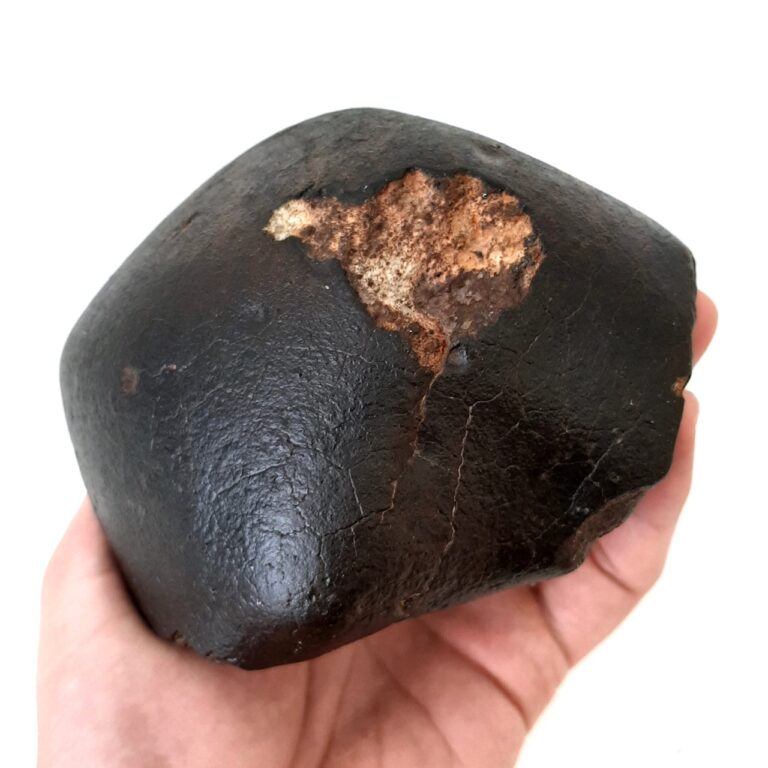 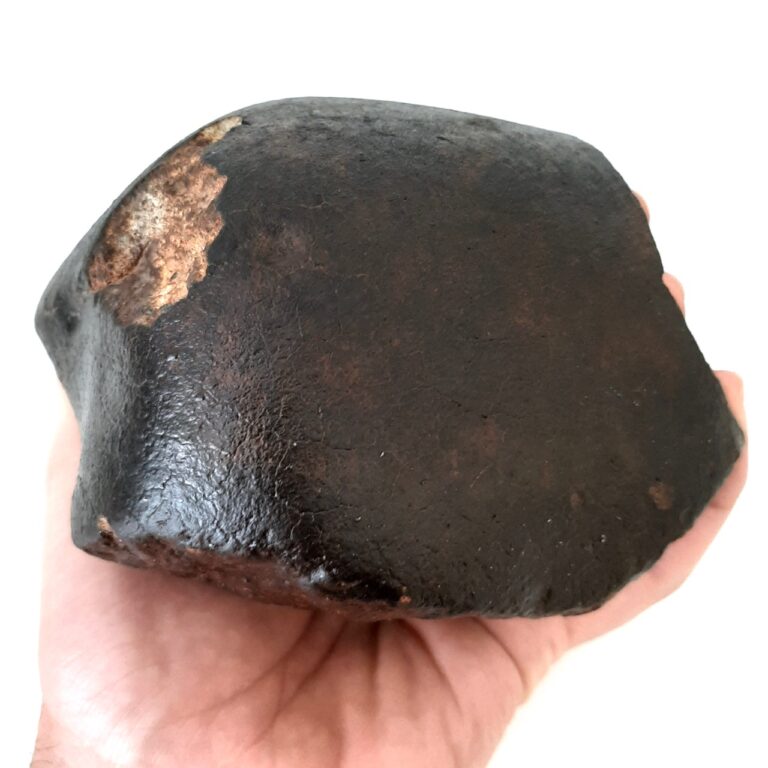 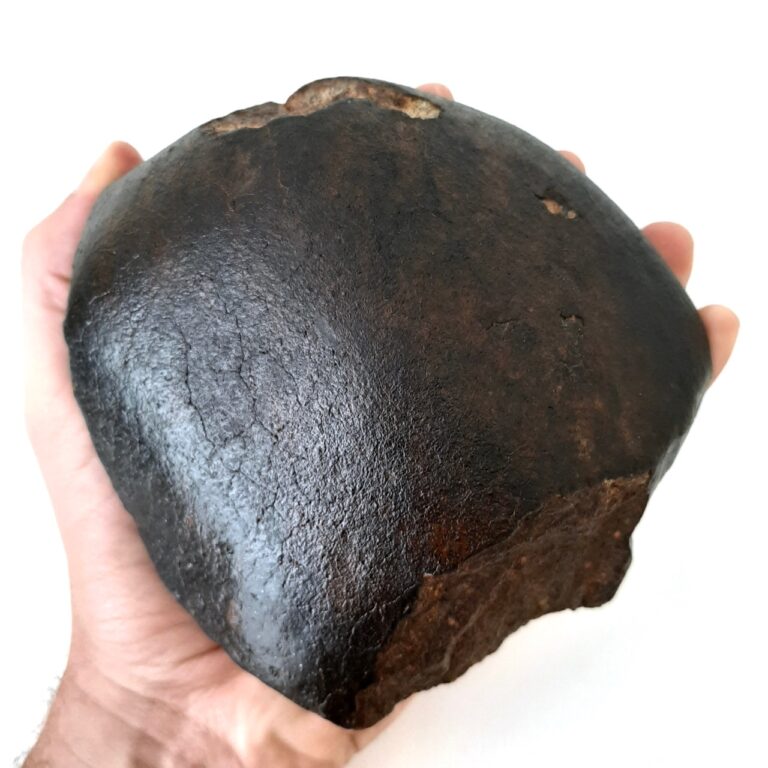 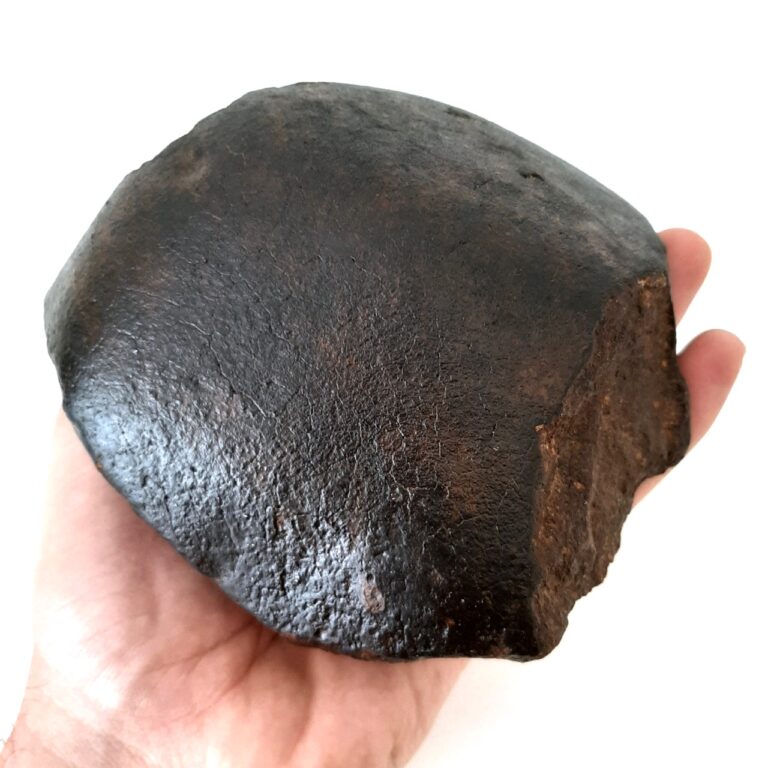 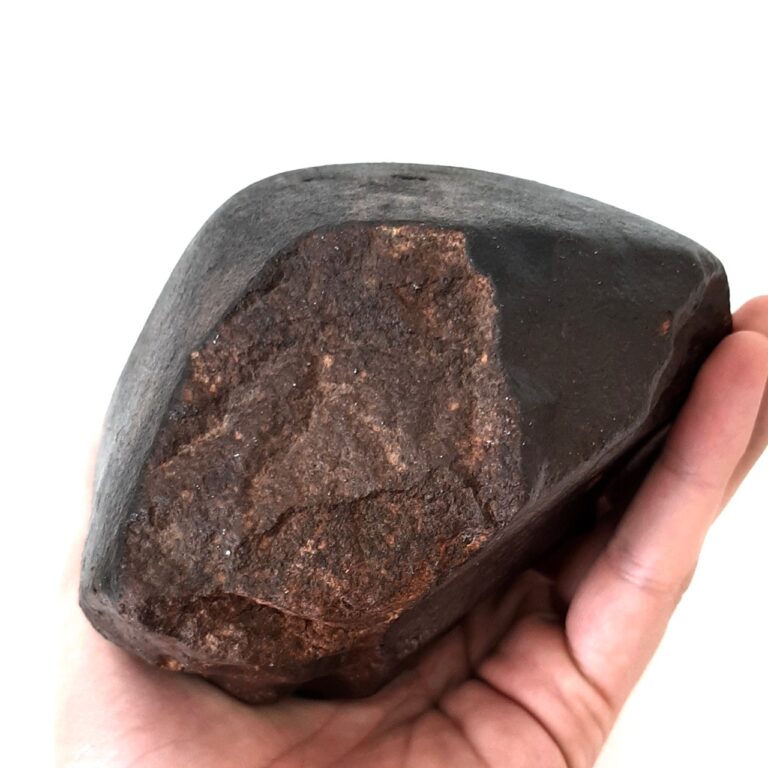 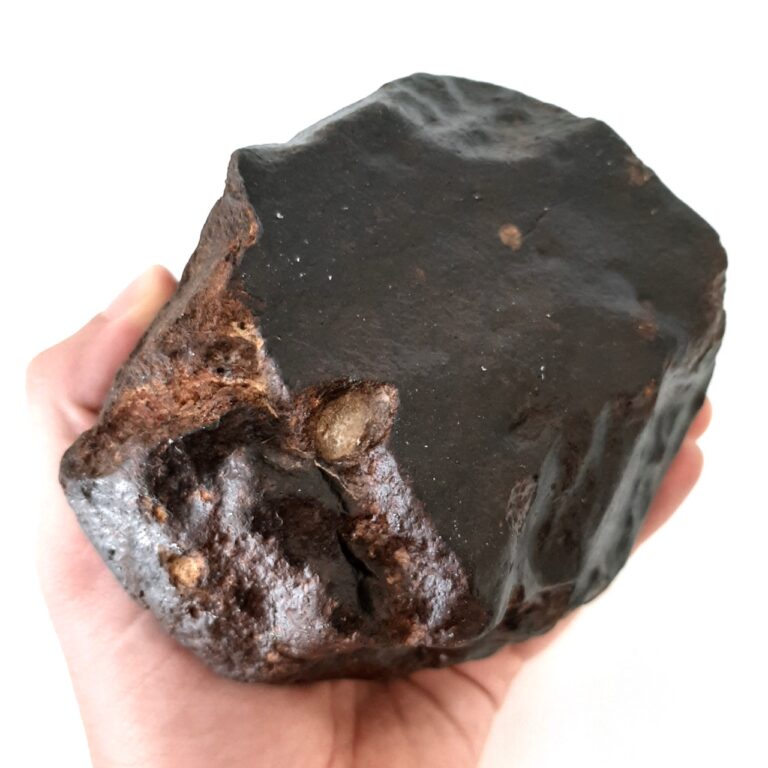 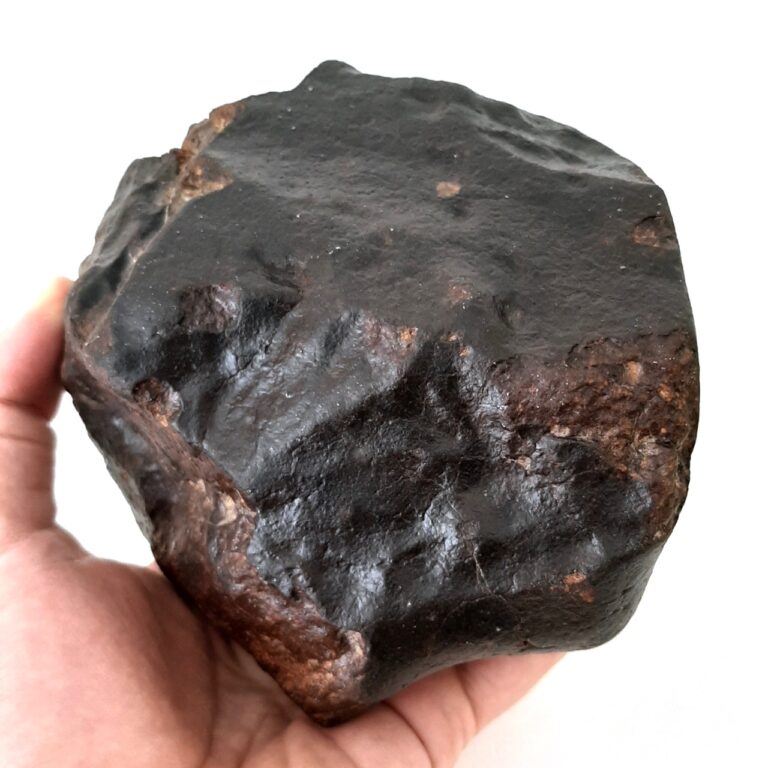 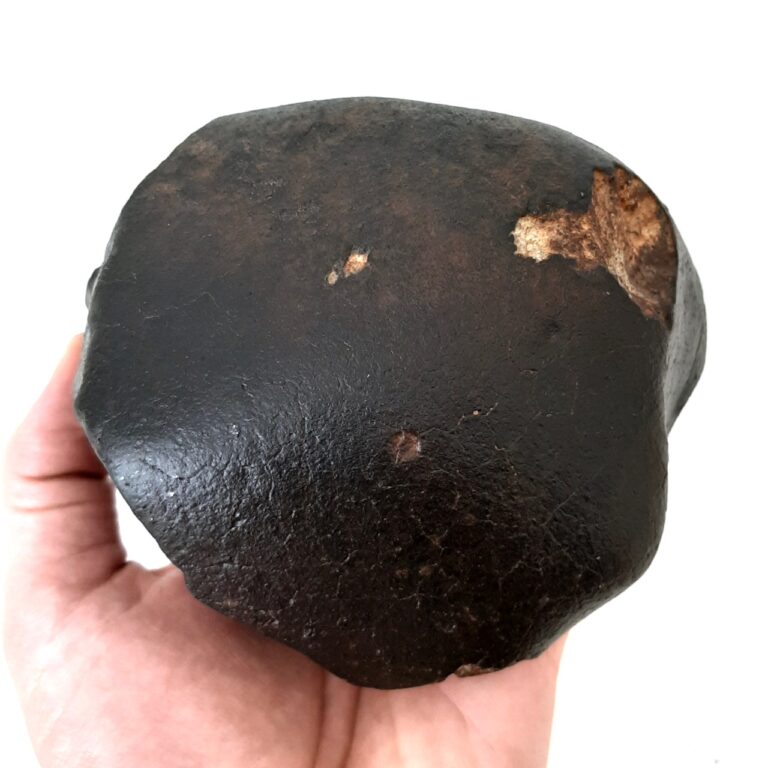 How to buy in Meteolovers 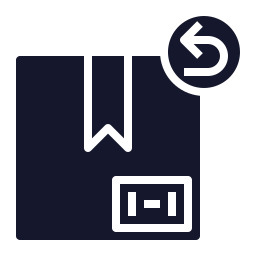 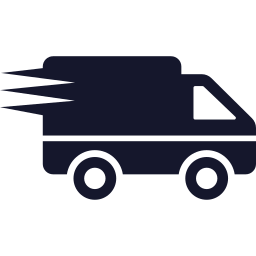 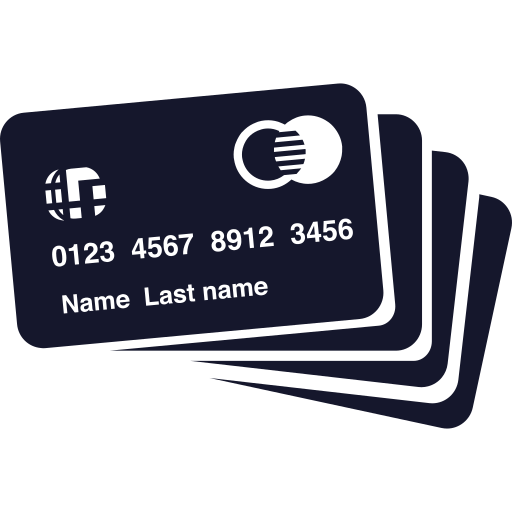 Chondrites are called so because they contain chondrules. Chondrules were molten droplets of silicates in space that accreted together with some free metals to form the first asteroids 4550 million years ago. They are older than the Earth.

This meteorite is a chondrite and has a nice fusion crust, a thin dark outer layer of rock. Meteors enter Earth’s atmosphere at very high speeds (around 20km per second) so fusion crust is created by friction with the air, heating the surface of the meteor so much that it melts and shines. Because rock transmits heat very poorly, the cold inner part of the meteorite stays cold even as the outermost part is heating up and melting.

It has an oriented shape, indicating a stable flight in the atmosphere.

Shipping is combined in all my listings – if you win multiple items, only one shipping cost is paid.

Do not miss this opportunity!